The “Reichs-Ausschuss für Lieferbedingungen” was founded on 23 April 1925 and the abbreviation RAL has been retained to this day. Alongside numerous associations, representatives of the government at the time also participated in the foundation of RAL under the auspices of the Reichskuratorium für Wirtschaftlichkeit (RKW – Government Economy Committee). The RKW was under the control of the Reichswirtschaftsministerium (Ministry of Economics). However, RAL was already an independent institution at this time. RAL acquired the status of a legally registered association a short while later and became an independent legal entity. The association protected the name RAL – still characteristic today in RAL Quality Marks (Gütezeichen) – in accordance with national and international copyright law.

In this context, RAL had the task of giving protection to the economy and consumers by providing truth and clarity in the labelling sector and reliably labelling goods and services. The RAL quality assurance system grew out of this work in the years to follow.
The prerequisites for a recognised labelling system are reliability and neutrality. Back then as today, neutrality was guaranteed through the involvement of expert institutions such as associations, testing institutions and state ministries, as well as through the testing of the statutes from a competition, monopoly, association and brand law perspective.

The reliability of the RAL quality assurance system was ensured both then as today by adherence with the Quality Assurance and Test Specifications by companies themselves, as well as through the regular independent monitoring carried out by external testers. This is what continues to distinguish the RAL quality assurance system from all other labelling. 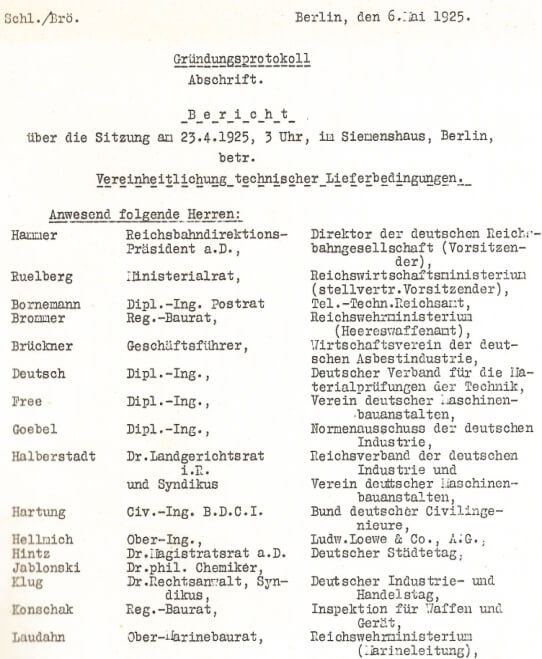